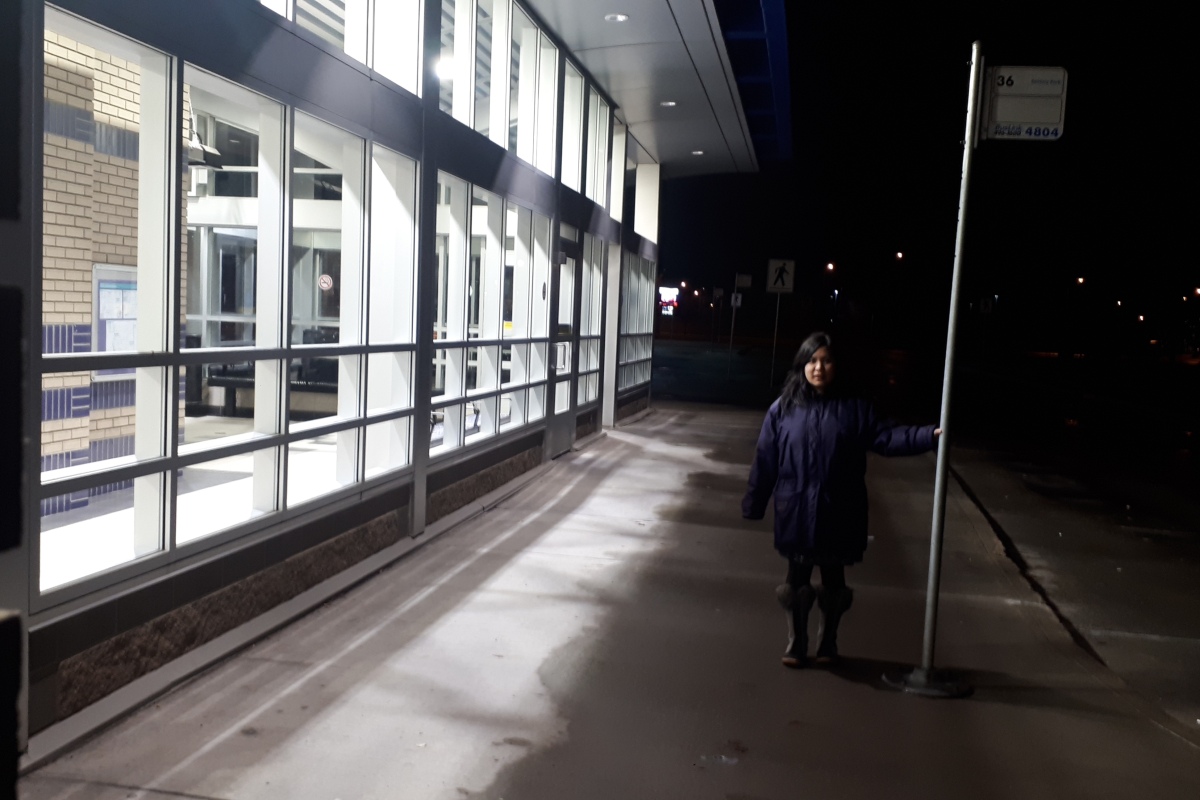 My frame of mind for the longest time was, the most dangerous place to be is my own bedroom. This however, didn’t prevent me from associating darkness and public places with being at risk.

What is a Captive Transit User? I learned about the term for the first time from the City of Edmonton’s website. The easy definition is: someone who takes public transit because it’s the best (or only available) option for them to travel around. The part about feeling ‘captive’ comes from the restriction that sometimes comes up, perhaps because one is too poor to own and maintain a vehicle, one does not know how to drive, or for medical reasons, cannot operate a vehicle. In many ways, I relate to this a lot. Though I’m pretty fortunate to afford the occasional taxi ride and with my husband having a car.

When it comes to big picture thinking on social and political topics, this is a short list of a trauma-informed approach (the 4 R’s) that I compiled.

I sincerely hope that government officials and service providers, especially with transit, would integrate this perspective in very clear and tangible ways more often.

The way the human psyche works, all it takes is one horrific and traumatic event to discourage someone from doing something, or to have a very negative association towards something.

That makes a lot of sense. If a person gets attacked in a specific LRT station, that person will likely try to not use it ever again, or if they don’t have a choice, to be more wary, stressed and anxious every time the use it. Certain bus routes apparently have a prominent reputation for having lots of disruption, where the likelihood of being harassed is a lot higher. Imagine being in an ongoing state of high alert and anxiousness on a regular basis?

As a high school student in a city in the Philippines, I always got told to go home way before sunset, because taking public transportation after dark is dangerous. As a relatively new resident of Edmonton back in 2008, I was also told to be careful when commuting in downtown because of the “sketchy people” that are around.

This is tough, because when I was hearing these messages, many of these people don’t know of my history of sexual assault. My frame of mind for the longest time was, the most dangerous place to be is my own bedroom. This however, didn’t prevent me from associating darkness and public places with being at risk.

When I got home from my office in downtown, sometimes I say to myself with a huge sigh of relief “Today is a good day! I didn’t get raped…or stabbed, or groped. Thank goodness!” There are numerous stories of harassment that I hear from fellow residents of Edmonton about unwanted attention while waiting for a transit vehicle, or while onboard one. Many people crafted strategies to minimize the likelihood of this happening, such as wearing headphones and staring blankly when someone is trying to strike up a conversation.

Many share the feeling that they are forced to be nice to not “set him off” and to avoid being an ‘active hostile target’ of harassment. There was that story of a woman speaking out when a man on a bus started making racist remarks to an Asian-Canadian person. There is two types of hostility in this instance, the one inflicted towards the Asian-Canadian person, and then towards the woman who called out the harasser.

Commuting late at night poses a additional set of challenges. There’s that heightened sense of panic when the bus is missed or the last route has passed. There’s a recent announcement that the city’s telephone service line, 311, is unavailable in the evenings after 7PM, which is a disservice to those who are more vulnerable in the evenings.

One time, I was stuck at the U of A South Campus because when I got off the LRT, the connecting bus I was planning to take just departed, and it is another half hour for the next bus since it is after 10 PM. I realized that instead of waiting completely alone, it is better for me to take the train back to the University of Alberta station and take a taxi there to get home. This is a good back-up plan assuming there is indeed a taxi waiting in the stall by the University Transit Station every time. And based on personal experience, that is not always the case. Spending extra time to re-route one’s travel to get home because of safety reasons is a bit counterintutive since the best scenario would be just getting home quicker, but for a transit user with limited money, this is a reality. A trade off between money and time, with safety being potentially compromised along the way.

Being blamed for an attack while taking transit really riles me up. It reminds me of the blame cast at me and that I internalized, and that many others have experienced as well.

Perhaps it is a very high standard, but this is my take on achieving a safe transit system: When an Edmontonian who previously had a horrific experience taking transit, then decides to take a chance and felt comfortable, safe and satisfied in their journey from point A to point B. I have some level of hope from what seems to be the city’s effort to incorporate GBA+ Analysis framework, and the availability of ways to make an impact such as city committees like the one I volunteer for. This is the threshold that ought to be met, and I do hope we get closer to getting to this, in a way that an average person will instinctively notice it.

7 thoughts on ““I Don’t Want To Be Raped Again” The Captive Transit User Series: Part 2”