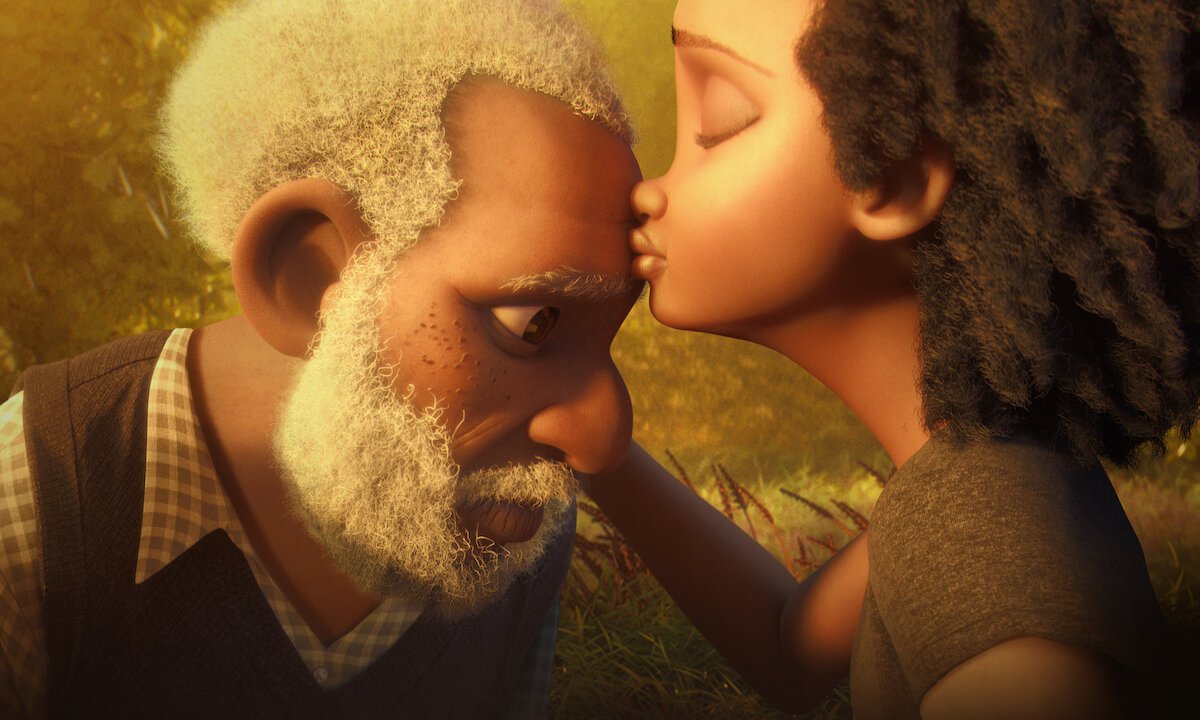 Thanks to a recommendation through social media, a few nights ago I watched an animated short film on Neflix called Canvas. The story is about an elderly gentleman who looks like he is of African heritage and is wheelchair bound. He is coping with the death of his wife and as a result, was reluctant to pursue a hobby of his, which is painting, so much so that he avoids the art studio in his house. He is grappling with grief as he watches over his granddaughter who comes to visit and shows interest and skill in art.

The film is short and one that has no dialogue, and I find those types of animated films really captivating. In order for a silent film to be effective, the background music, sound effects, and imagery in every scene needs to provide the right impact. It is the perfect opportunity to apply the principle of ‘a picture can speak a thousand words’.

The artistic style of the animations shift when depicting real life scenes in the film into something different when depicting ideas and history. The thoughts of the characters and backstory are showcased using a ‘drawn pencil’ style, while the actual scenes with his granddaughter, the abandoned art studio in his house, or the backyard were the default animated style.

In the beginning, the grandpa would look at his granddaughter with reluctance whenever she would be in the dining room drawing. He would pass by the hallways of his house, and try to avoid looking into a dark part of the hallway that has a clothing rack of his wife’s clothes, that hides a door into an abandoned room that served as an art studio. His grief upon his wife’s death was so intense he couldn’t pick up a paintbrush and canvas, and one time he threw down his easel in anger.

His granddaughter, as expected of curious children, eventually discovers the hidden door and sneaks into the art studio room. He also saw his wife in a dream. That seemed to be the wake up call that the grandfather needed to acknowledge the bittersweet feeling of losing a love one, and to reconsider doing artwork again.

Now that I’ve reached a milestone with my husband, being together (dating and marriage) for over ten years, I wonder about the routines and interests that I have that are strongly linked to my life and interactions with him. He was the one who inspired me to pursue doing arts and crafts for various purposes, from wall decor and paintings to practical items like blankets, pillows, and oven mitts. He loves to call these items in our home “items made with love” and now, he refuses to buy decorations and linens from a store. If we need something at home, like a cooking apron or a lap quilt, he would ask me to make one and I’d happily make them.

If heaven forbid my husband passes away before me, would grief drown me the same way? Would I be reluctant, at least for a while, to make art, to sew, to paint? I go to bed every night literally wearing my husbands’ and my clothes, all woven together in the quilts I made in our master bedroom. If the love of your life is gone, I can imagine how difficult it can be to navigate through seeing household items that are tangible signs of the life built together over a long time. This film, in a short eight minute time period, depicts this is a way that is well done.

This film is a must-watch. I am really grateful for that social media screenshot image that encouraged me to watch it, as it was published on Netflix with no big promotions. The link to the Netflix film is https://www.netflix.com/ca/title/81332733