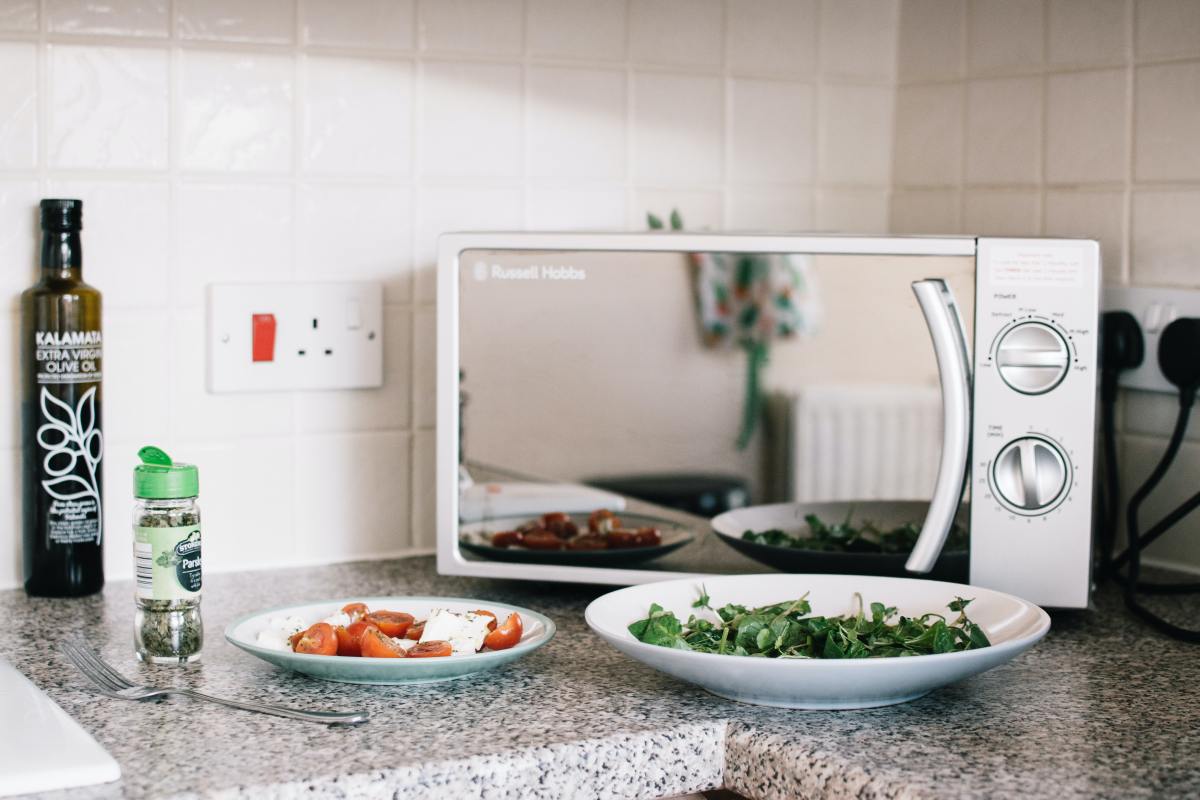 As someone born in relatively more modern times, even if I grew up in a rural place before coming to Canada, I’m not completely ignorant of processed food products. The fact that my family had a convenience store gave me greater access to them. So I already know how to prepare and cook frozen hotdogs and meats, and how to differentiate preparing instant noodles from a package using a pot water, and instant cup noodles by pouring water that is already boiling.

However, upon arriving to Canada, certain products are so new to me that I had to learn the hard way how to prepare them. I fondly look back at these cooking mishaps with humor now, but it was either mortifying or frustrating during that time. Here are some of these (now adorably funny) mishaps.

“Did the package just say that this is frozen creamy linguini chicken pasta? So the pasta is not raw? How does this work”? Microwavable meals were a lifesaver for me and my cousin when I first arrived in Canada. My older cousin is really busy with going to college and working, that preparing meals is something that is not feasible all the time. Besides, these frozen meals are pretty cheap. I eventually learned that it is very important to follow the instructions to a T. When it says, lift only one corner of the container, you have to do so. When it says to let it stand for one minute after the timer goes off, you have to do that, otherwise your hands are not going to like feeling burnt.

Here are where the mishaps happened. When I was already living in Edmonton, a few times I decided to bring a microwavable meal to school, find a clean microwave on campus so that I have a slightly more decent meal for cheap. One time, I forgot to bring utensils so my plan went sideways. The other time, I forgot that this is a frozen meal, so on locations where the temperature is above zero, like my own backpack, it starts to melt and makes a wet sticky mess on your bag!

When I started dating my then boyfriend, now husband, I also discovered an even more unusual type of microwavable meal called “rice steamers”. There are extra steps such as layering the plastic bowl-like contraptions and lifting half of the plastic seal. Each plastic bowl is a different part of the meal, one is rice or noodles, then the other would have the vegetables or meat and the sauce. After taking it off the microwave, you combine all the different food items together and there’s the meal, ready to go!

Frozen pizzas were a mystery for me the first few times too, haha! One time, I tried to help with making dinner at my then-boyfriend’s place. I though I understood all the instructions, set the timer, removed the plastic film and whatnot. But I forgot to remove the cardboard box to transfer it onto a pizza pan, so the bottom was weirdly soggy and damp. The other time, after I learned that keeping the box on isn’t what you are supposed to do, I placed the frozen pizza right on the oven rack. The pizza was cooked well this time, though I did struggle with taking it out of the oven to cut it into pieces. I felt really silly for sure!

There wasn’t an explicit instruction in the box that talks about that – I bet it’s because it’s assumed that people already know that frozen pizzas are to be placed in a metal baking pan. But now, I know better and I’m a pro at making frozen pizzas when in a pinch for a good meal!

The only “instant soup” (not instant noodles) that I was familiar with at the time is the cream of mushroom soup. Empty the can, with this almost jelly-like blob that held the shape of the can, add another can of liquid, either milk or water, stir the blob so it combines with the other liquid, and warm it up. But the first time I dealt with tomato soup, it’s a bit of a mystery to me.

My then-boyfriend and I were making a simple dinner at his condo and we wanted soup, and he wanted tomato soup. It was confusing because upon opening the can, it was a thick liquid, but not as solidified as the cream of mushroom soup. I added the water, combined it and heated it up. For some reason I thought it’s taking such a long time to simmer, but I waited and waited anyways. Once it looked reasonably warmed through, I put it in a bowl to serve. He ate it without a fuss.

It wasn’t until years later, that he admitted that I burned the soup very very badly! That’s why there was a tough brown layer of soup at the bottom of the pot. I can only imagine how horrible it tasted, oh no! But he didn’t say anything at the time. I guess that’s what happens when you are still in the honeymoon phase of your relationship. Now it’s been a running joke between me and my husband when we cook and prepare meals together!